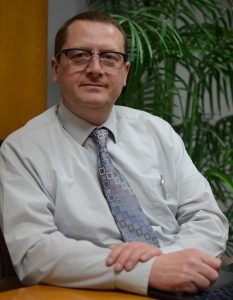 Knut Sauer grew up in Europe (primarily  Sweden) and emigrated to the USA in the late 1980’s when he took a year to travel the US after graduating Gymnasium (“High School”) with an Engineering degree.  He met his current wife Marisol soon after arriving in the US, and together they have 2 grown sons.  Knut acquired his bachelor’s of science degree from Ramapo College, where he majored in finance and international business, and an MBA from State University of New York at Binghamton.  He then joined an international sales rep firm Dorian Drake in 1995. At Dorian Drake, he worked his way up through the ranks, earning various promotions, and in 2002 was promoted to his present position as group manager and member of the senior leadership team. As group manager, he has built a global sales team and traveled to roughly 70 countries worldwide in search of new business.

In 2008 Knut and Marisol bought their “vacation” home in Jay, which rather quickly became the place where they spent most of their time when not travelling or required to work from the corporate office, and then eventually it became their permanent home.

Knut is also very active in the local community as a member of the local Rotary Club, active volunteer with the North Country SPCA, ORDA, and NYSEF, and serving as the Vice President of the AuSable Acres Property Owners Association and serving on the Town of Jay board.